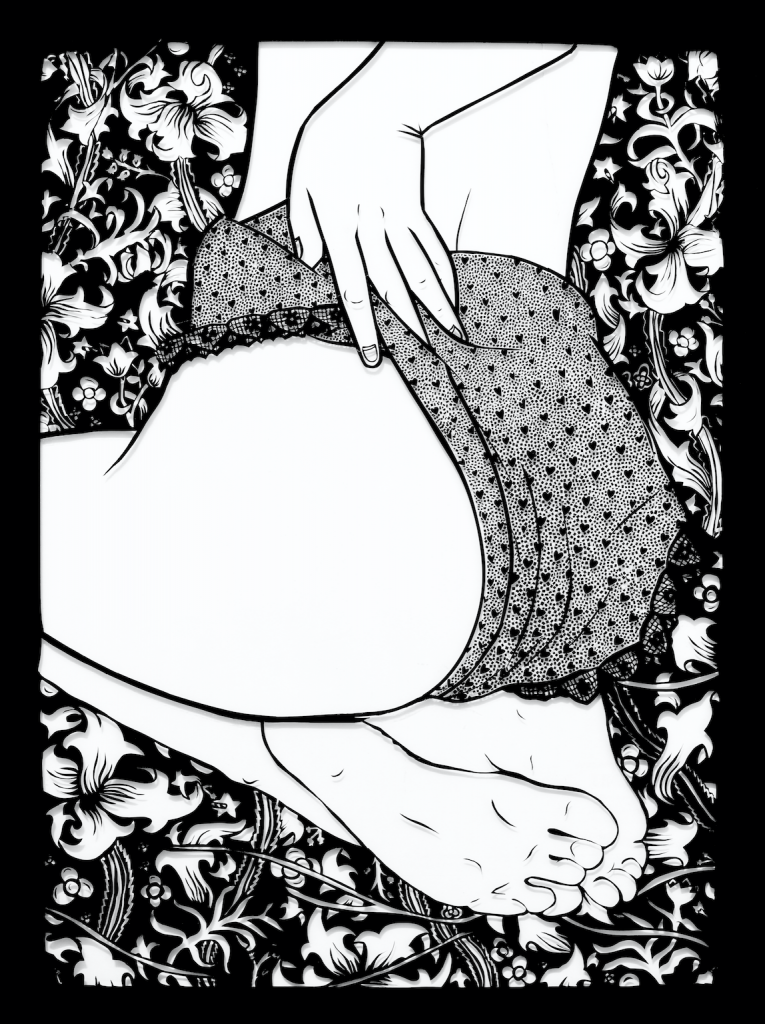 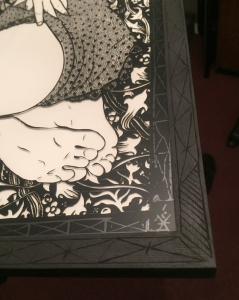 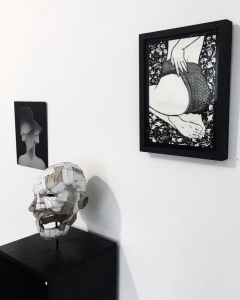 Knowing No Grace is the second (of only three) full-sized tape drawings that I have made this year. I decided to take a bit of time to reflect on my work, making lots of studies (e.g all of the works for my solo show in Helsinki) and sketches, as well as working on a few commissions.

(All of my full-sized works have now sold, as well as most of the studies – if you would like to see the few remaining works, email me HERE)

Usually when completing a full-sized tape drawing I set it in a clear resin, and then frame it in a hand-carved solid birch frame, so I have included a photo of that too. It was exhibited alongside Jesse Draxler and Jerry Kowalsky as seen in the other photo, as part of Divergent Motion this summer.

For more news: Check out the Delphian Podcast